← more from
HighBreedMusic
Get fresh music recommendations delivered to your inbox every Friday.
We've updated our Terms of Use. You can review the changes here. 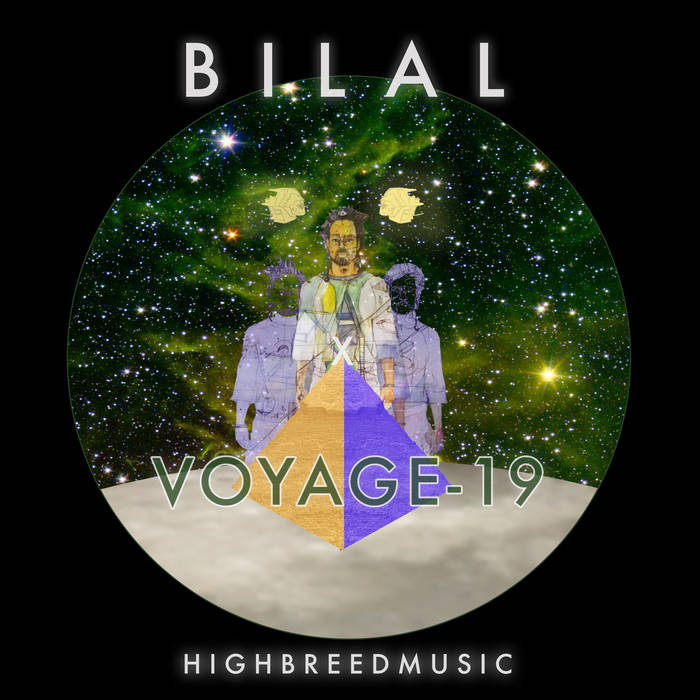 Dom Nelson Bilal is one of the best spirits that ever did it. Infinite consciousness manifested in this dimension. Favorite track: DAY ONE - WARNING-19.

serurubele Love as always. Vibrating higher with every note.
more...

On Aug 7th-9th, 2020, an unprecedented and extraordinary live event made recording history. For 54 hours, the world watched as legendary Grammy-winning artist Bilal (Musician, Actor, Composer, Producer, Vocalist), an original member of the iconic Soulquarians movement, Record Producer Tariq Khan (Slingbaum: Erykah Badu, FKA Twigs; Blue Note Records), and 30 musicians and vocalists, remotely recorded and composed an experimental 3-song EP, part-by-part, from 30 different locations. Each participant recorded their contributions from the safety of their own homes -- in real-time. This multinational interactive recording session was broadcast live with Bilal’s creative process as the centerpiece, and used an innovative approach pioneered by HighBreedMusic (HBM) which combined several technologies to turn the isolation of the Covid-19 pandemic into an opportunity for collective creative expression. HBM, whose slogan is “The Artists That Artists Love,” is a forward-thinking Black and minority-owned studio and cultural hub in Brooklyn, NYC, run by founder Tariq Khan and Grammy-winning Videographer Nikki Birch (Snarky Puppy, Emily King, Cory Henry).

Bilal masterfully guided the experience as musical director, producer, and vocalist, showcasing the fascinating progression of an initial idea to a finished album. The artists came together in a virtual green room that recreated the atmosphere of a studio session. They reminisced, laughed, wrote, recorded, produced, and mixed a brand new song each day. Viewers enjoyed rare access to the traditionally private world of song creation and album production - for free. They were also able to observe as Angelbert Metoyer created artwork for the EP - while the music was being recorded.

The three-day event was an incredible opportunity to watch the magic and camaraderie of some of the music industry’s most exciting artists working together, using new technology, to reflect the current times.

Fans are also encouraged to support the project with donations.
www.payolee.com/checkout/5f2c535794f62
Proceeds from EP sales and donations are being shared among participating artists, many of whom, despite being accomplished career professionals, are facing financial uncertainty due to the Covid-19 pandemic.

Lyrics by Bilal and Jaime Woods

Bandcamp Daily  your guide to the world of Bandcamp

Frayle's Gwyn Strang and Sean Bilovecky join the show to talk about their cathartic new album.